Canon PhotoMarathon Challenge 2016 – Theme #2: Pride. Somehow the judges interpreted this theme as nationalistic pride (and almost exclusively so) because 6 out of 10 winner photos for this theme contained the national flag in one form or another. Rather one-tracked mind, so I was quite disappointed with the similarity between all the winning photos. I interpreted this theme as taking pride in doing simple or mundane jobs and services which many people would take for granted. 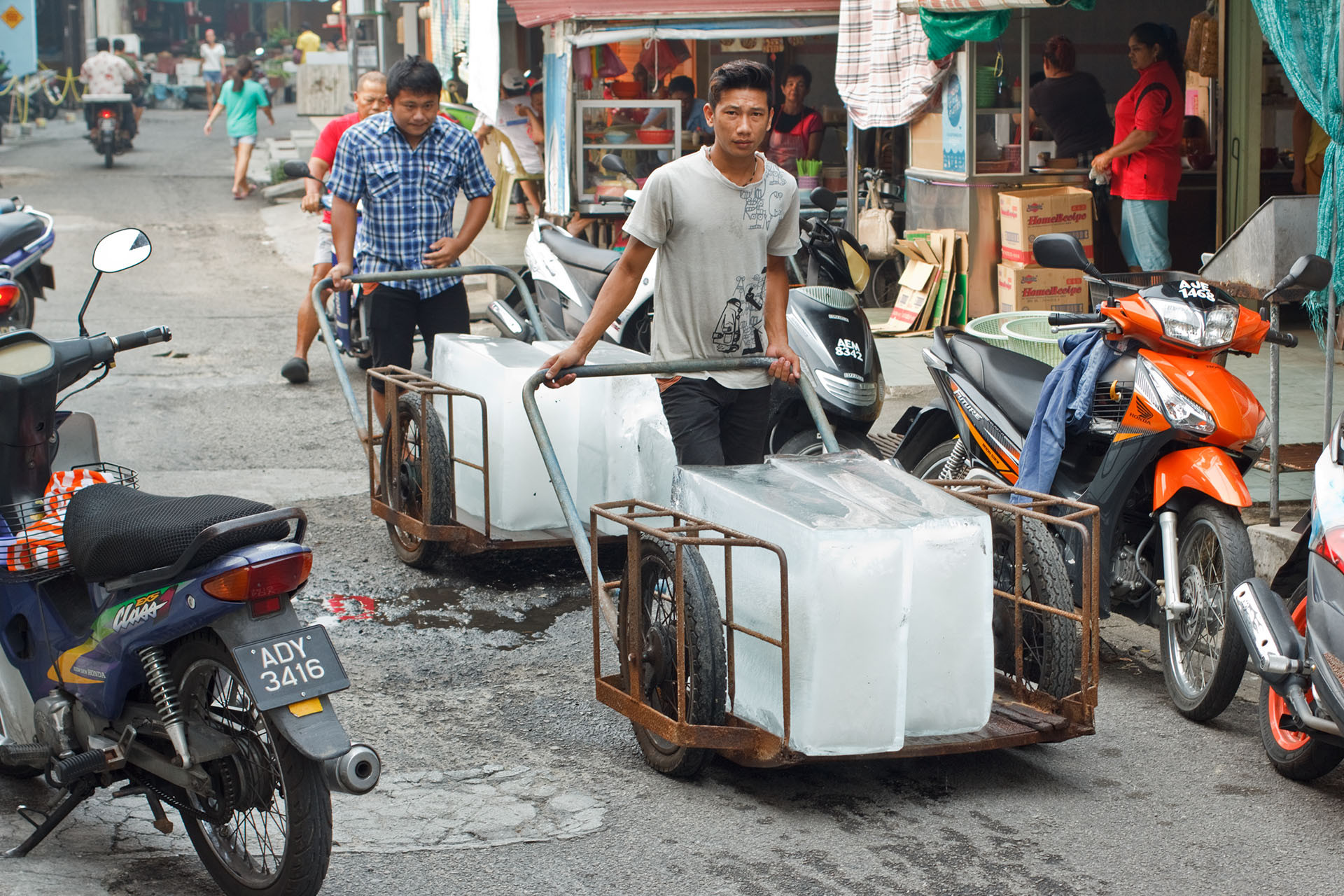 Literally, pushing blocks of ice from the nearby factory to fishing boats off-loading their catch of the day.